What is the DELF?

Currently in sixth place, the French language continues to attract attention, as it is one of the 6 official languages ​​of the United Nations. In addition, several renowned universities and schools are located in France, and requires its handling. However, knowing how to express yourself in French is not enough to prove your real ability to use this language, so a DELF diploma could help you with that. But what is the DELF?

The diploma of studies in french language or DELF

Issued by the French Ministry of National Education, the DELF is dedicated for non-French speaking foreign nationals. Inopportune, the former countries annexed by the French metropolis are not considered as French-speaking, even if this language is the first to be used at home. But again, for professional or other reasons, some must pass the DELF in order to be able to join prestigious establishments, which have French as an official language.The frensh language exam DELF is required to prove their ability to draft, write and understand this language. This diploma is recognized internationally and has no validity period.

As proof of your ability to use the French language, having several DELF levels would then allow any audience to demonstrate their competence. This is divided into 4 levels: A1, A2, B1, B2.

DELF A1 is intended for beginners. In principle, it is children aged between 6 and 13 who pass this level.

DELF A2, meanwhile, is assigned to people who already know how to hold a basic discussion. Then it will be the same for level B1. However, the latter is not limited to a simple aptitude to converse, because it exhorts the capacity of a person to debate on a precise subject.

Finally, the “B2” is the diploma required for the professional or university level. Moreover, a student cannot enter a university without having this level at least. Note that this is the highest level that a minor can pass.

The notority of the diploma of the studies in frensh language

With nearly 1,000 centers offering the DELF, it turns out to be a real asset for your CV. In fact, having it would allow you to establish ambitious career plans. In addition, certain entities, schools and universities of French, Canadian origin, etc. require the DELF before considering a course with theirs. 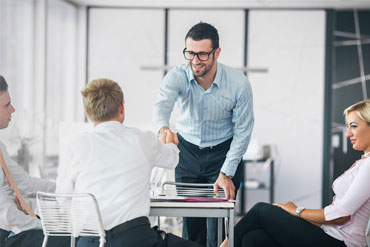 Beyond the relevance of your CV, as a job candidate you must take care of your communication skills and appearance in order to put all the chances on your side to find a job.

Distance learning is an increasingly popular option for students. It allows them to train for a job while continuing to pursue their own activities.

Find your student accommodation by browsing through student rental ads. These formulas are characterised by a classic renewable lease for furnished flats.